We dedicate this page to our elders, past professors, ground-breaking scholars, visionary leaders, with respect and affection and with gratitude for the gifts of knowledge and wisdom that they have generously given us.

Jack D. Forbes, of Powhatan-Renápe , Delaware-Lenápe and other background, was professor emeritus and former chair of Native American Studies at the University of California at Davis. In 1960-61 he developed proposals for Native American Studies programs and for an indigenous university. In l971 the D-Q University came into being as a result of that proposal. He was also a poet, a writer of fiction, and a guest lecturer in Russia, Japan, Britain, Netherlands, Germany, Italy, France, Canada, Belgium, Switzerland, Norway, Mexico and elsewhere. He received his Ph.D from the University of Southern California in 1959. Professor Forbes served as a Visiting Fulbright Professor at the University of Warwick, England, as the Tinbergen Chair at the Erasmus University of Rotterdam, as a Visiting Scholar at the Institute of Social Anthropology and Linacre College of Oxford University, and as a Visiting Professor in Literature at the University of Essex, England. He was also a Guggenheim Fellow. Jack Forbes was the recipient of the Before Columbus Foundation's American Book Award for Lifetime Achievement for 1997. 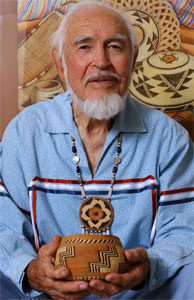 Known on the Hoopa reservation as "Boy Blue", Dave was born April 10, 1921. He was a person of absolute personal integrity, honesty, and courage. He embodied in his life all of the attributes of a Native American leader: warrior, compassionate father, host, pathfinder, caretaker, facilitator, friend, and counselor. Due to his outstanding political skills, strong sense of identity, and charm, he achieved many advancements in education for Native Americans and was one of the founders of DQ University (tribal college) as well as a principal collaborator in the launching of our own Native American Studies department. Many students here will be eternally grateful for the support he gave them - which was often the difference between them staying in school or not - and for lessons and insights he gave us along the way. 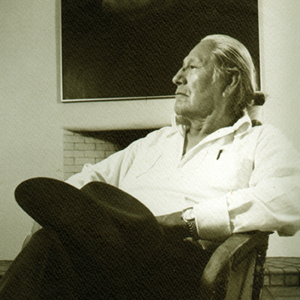 Born on October 5, 1907, at Chinle, Arizona, on the Navajo Reservation, Gorman was a member of the Black Sheep Clan. His mother and father founded the first Presbyterian mission at Chinle. Gorman’s father was also a trader and rancher; his mother pursued artistic interests through Navajo weaving. With the outbreak of World War II, Gorman joined the U.S. Marines and became a Navajo Code Talker (their coded radio messages in Navajo were never broken by the Japanese in the Pacific theater of the war). At the conclusion of World War II, Gorman went to study art on the GI Bill at the Otis Art Institute in Los Angeles. After completing his training, he became a technical illustrator for Douglass Aircraft, set up his own silk-screen company, and became an instructor in Native American Art at the University of California at Davis. Gorman’s work is displayed in national and international galleries, he is known as a innovator in a variety of styles and media. His son son, R.C. Gorman is widely known as well for his paintings of navajo subjects. The C.N. Gorman Museum was dedicated in 1973. Gorman passed away in 1998. 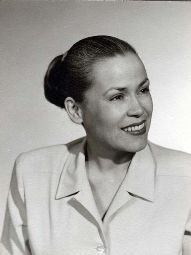 Sarah Hutchison has been involved in the struggle for Native American education and development during her entire life. From her days at Oklahoma State University she has been involved with formal education, including many years of teaching and working as a marriage and family counselor. Since the early 1970's Sarah Hutchison has been involved intimately with D-Q University. She was one of the co-founders of D-QU, becoming part of the Board in the early days. She played a major role in rallying support for D-QU and helped to develop plans for an Indian medical school. Sarah Hutchison joined the faculty in Native American Studies at U.C. Davis in 1970-71 and has served that program for almost a quarter of a century. Generation after generation of students have benefited from Sarah's humanistic, hands-on style of teaching and counseling. She has been a dear friend and crisis advisor to countless students and others. Notable also has been her years of service at Native American community functions, such as the now-famous "Tecumseh Center" potluck dinners on the Davis campus, which she usually coordinated. Sarah is a graduate of both Oklahoma State and California State Universities. She has also done advanced postgraduate work. Some of the countries which have invited Sarah to read papers at international conferences include Thailand, Israel, and Yugoslavia. Above all, she has been a champion for her own Cherokee people and for all Native People everywhere. Sarah Hutchison deserves our profound respect and gratitude for all that she has done in the fields of education, counseling and community development. Therefore, the faculty in Native American Studies have decided to name their library room in honor of Sarah Hutchison.